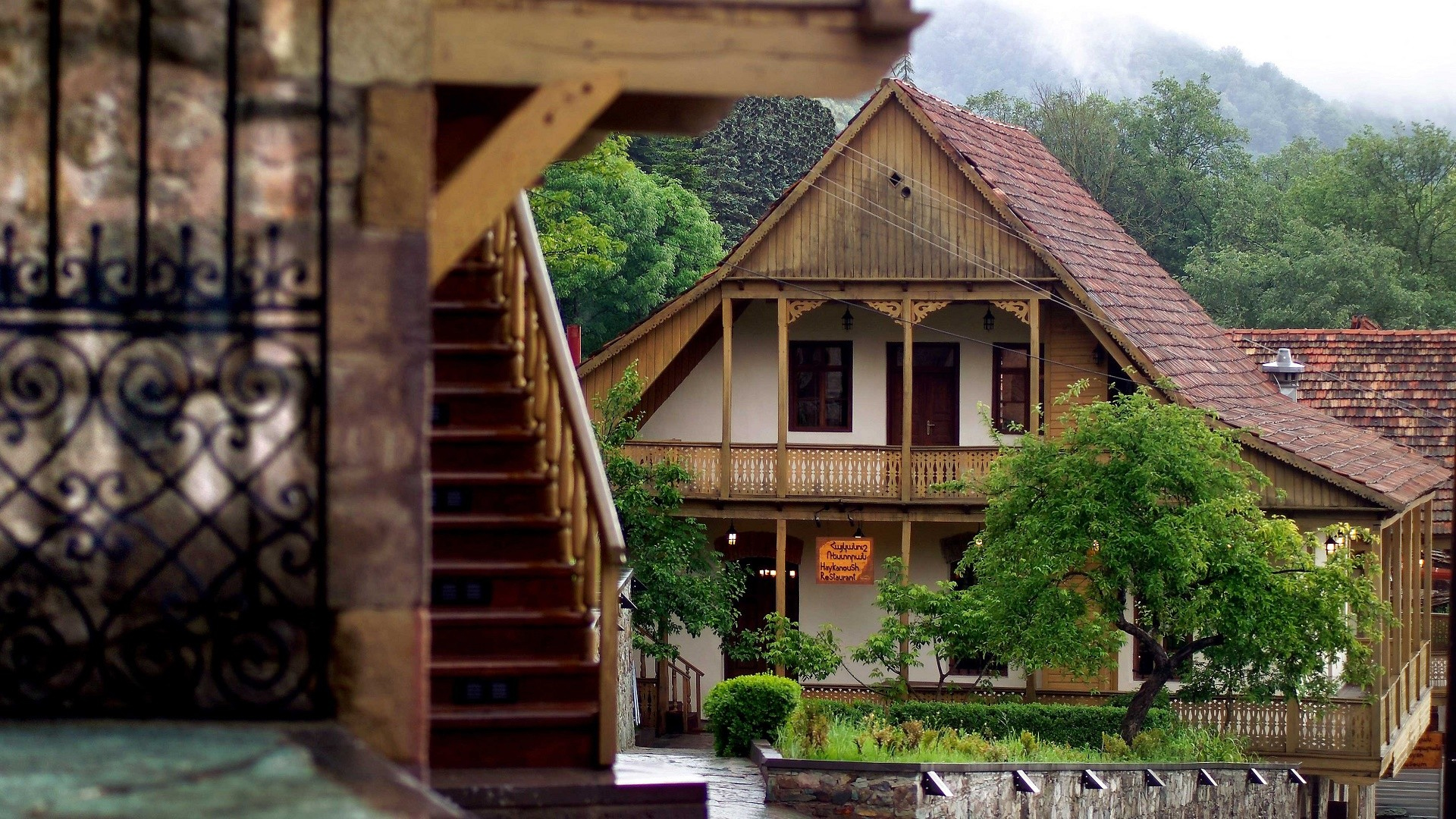 Ijevan – From time immemorial / No historical data available / Caravans resorts have been built on the caravan route stretching from Dvin to Tiflis, the capital of Armenia. Some of them were located in present-day Ijevan, on the right and left of Aghstev. The town is the administrative centre of Tavush Province. It is located at the center of the region, at the foot of Ijevan ridge of Gugark Mountains, on the shores of Aghstev River. Ijevan is located at a road distance of 137 km northeast of Yerevan. The Yerevan-Tbilisi highway passes through Ijevan. Ijevan is the seat of the Diocese of Tavush of the Armenian Apostolic Church.

Dilijan is the urban municipal community in the Tavush Province of Armenia. Usually called Armenian Switzerland or Little Switzerland by the locals, it is one of the most important resorts of Armenia, situated within the Dilijan National Park. The forested and reclusive town is home to numerous Armenian artists, composers, and filmmakers and features some traditional Armenian architecture. The Sharambeyan street in the centre, has been preserved and maintained as an “old town”, complete with craftsman’s workshops, a gallery and a museum. Hiking, mountain biking, and picnicking are common recreational activities.

Aygehovit is a picturesque village in Tavush region, which was called Uzuntala before. It is situated 17km far from Ijevan(center of Tavush region). The village has great cultural heritage, among which Srvegh monastery is very well preserved.

The complex of the Srvegh monastery (XIIIc.) is located in the Tavush district 3km to the north-west of Aygehovit village, in a place called Khachi Tak (Beneath the Cross). The main vaulted hall of the church complex is made of brick. It has underlined ascending proportions, with its vault having a pointed hood, according to which the church got its name – Srvegh (with the pointed hood). The Srvegh monastery was reconstructed numerous times. In the lower parts of the walls pieces of cross-stones are inserted.

Near the monastery there is a mid-century cemetery. To the north stand the walls of the XIXc. church. In the surrounding area the remnants of the dwellings, walls and other parts have been preserved.

Vazashen is a village in Tavush region of Armenia. Until recently, it was known as Lala Gegh, then Laligyugh. The name of Vazashen was chosen to reflect the local vineyard production. In Vazashen and in its surroundings cultural constructions of 19th century have been preserved.

The village is famous for its natural mineral water, due to which sanatorium was constructed but because of war it didn’t work long.

Achajur has always been characterized by natural growth, with the present villages of Haghartsin and Teghut being established by relocating from Achajur.

Ijevan – From time immemorial / No historical data available / Caravans resorts have been built on the caravan route stretching from Dvin to Tiflis, the capital of Armenia. Some of them were located in present-day Ijevan, on the right and left of Aghstev.